Uncover the legends of Greece – be it mythological history or famed beaches and villages. Circle a peninsula that’s scattered with groves of olives trees and the icons of ancient history – the famous ancient theatre of Epidaurus; the hilltop citadel of Mycenae, linked with the ‘Illiad’ and King Agamemnon; the home of the Oracle of Delphi in Apollo’s sanctuary; Olympia, the site of the first Olympic Games and the Temple of Zeus. From aboard the old-world charm of the M/S Galileo, approach impossibly picturesque villages and ports, then moor to dip into the rich blue waters of the Mediterranean. Not only a means to visit the ancients, your ship is also a haven of retreat. Relax in the indoor lounge and elegant dining room on the ship’s main deck, and take in sea views and fresh air from the sundeck and shady outdoor bar. This adventure cruise is the best way to sail into Greek history.

Offer subject to availability at time of booking. Prices are per person share twin based on best available tour price, inclusive of all discounts unless otherwise stated. Prices are subject to currency fluctuations and are based on cash or cheque. Tour deposit, amendment and cancellation conditions may apply. Travel agent service fees may apply. Special conditions apply - please ask for full details at time of enquiry. 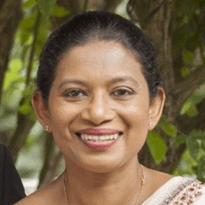 About me
Nali Abhaygunawardena
Christchurch