Tour Spain and Portugal's pin-up attractions on this 22-day western European adventure. Soak up art and history in Madrid, be staggered by the grandeur of Alhambra Palace in Granada and take in the dramatic spectacle of a flamenco performance in Seville. Travel to Portugal to chill out in the Algarve, get loco with Lisbon locals in the Bairro Alto and taste some delectable port wine in Porto. Back in Spain, visit Santiago de Compostela and Salamanca en route to Barcelona – the epitome of all things stylish, cultural and fashionable – before continuing on to Pamplona, Longrono and the glorious beaches of San Sebastian.

Offer subject to availability at time of booking. Prices are per person share twin based on best available tour price, inclusive of all discounts unless otherwise stated. Prices are subject to currency fluctuations and are based on cash or cheque. Tour deposit, amendment and cancellation conditions may apply. Travel agent service fees may apply. Special conditions apply - please ask for full details at time of enquiry. 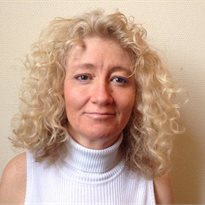