Explore the city of York, with its medieval lanes and the city’s most famous street, The Shambles. Visit the magnificent York Minster, the largest gothic cathedral in Britain. Sit back and relax as you take one of the most scenic train journeys in Britain as you travel to Edinburgh. 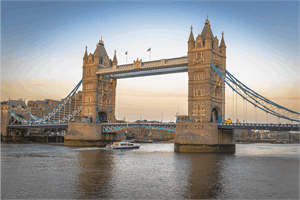 PACKAGE TERMS & CONDITIONS: It is our policy to present the cost of our holidays inclusive of all airport and government charges. Please accept however that these charges are not within our control, therefore we reserve the right to pass on any increase.. Travel agent professional service fees where charged, will be additional to the advertised prices. Valid for sales to 31 Mar 2020. Valid for travel commenced and completed within the period 1 Apr 2020 to 31 Oct 2020 (unless otherwise specified).Offer is not combinable with any other discount. Land only, airfares are additional. Please note there is limited availability on the advertised room types and all pricing is subject to change until a reservation is confirmed. Inventory & availability can change on a daily basis. Twin bedding must be requested if required. Strictly subject to availability. Prices shown are based on per person costs in New Zealand Dollars, for payment by cash, cheque or eftpos only. Credit card sales not permitted unless Travel Agent acts as a merchant. Events beyond our control such as currency fluctuations and changes to the price of aviation fuel may result in prices variations . Strict cancellation fees apply. Packages are based on consecutive nights. For split stays please contact your travel consultant. For full terms and conditions and cancellation fees please contact your local travel agent for more information. Trade enquiries via GO Holidays. Operated by Abbey Tours. .
Let me know how I can assist you...

About me
Janine Mallon
Dunedin